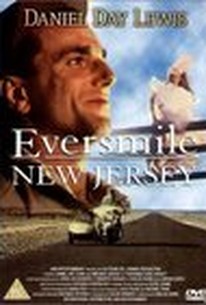 The British-Argentine Eversmile New Jersey is the sort of film that seems to be destined from the beginning to be limited to PBS and art-festival showings. Daniel Day-Lewis stars as Fergus O'Connell, an itinerant American dentist, offering his services gratis to the rural Argentine populace. He is able to do this because of the supposedly no-strings sponsorship of a "dental consciousness" foundation. While his motorbike is being repaired, O'Connell falls in love with Estela (Mirjana Jokovic), the garage-owner's daughter. Both lovers have prior commitment--he is married, she is engaged--but they go off together all the same. After a series of surrealistic adventures, O'Connell discovers that there's a subliminal price tag attached to his altruistic free services. ~ Hal Erickson, Rovi

Ignacio Quirós
as The "Boss"

There are no critic reviews yet for Eversmile, New Jersey. Keep checking Rotten Tomatoes for updates!

For those who play charades with me, you will know that I love putting this in as a name of a film. No one believes that it exists but it is good and terribly quirky in a rewarding way.

Did I actually see this movie or was it just a figment of my imagination? Daniel Day Lewis - get out of my dreams!!!!!!