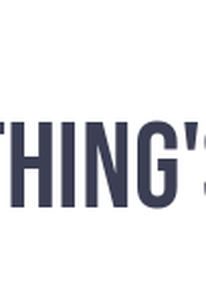 Having built up the comedy team of Bert Wheeler and Robert Woolsey into a surefire box-office draw, RKO Radio was possessed with the notion to briefly split up the team, showcasing each actor in his own separate vehicle in hopes of doubling their profitability. Woolsey's first (and last) solo effort was Everything's Rosie, which though ostensibly a screen original by Al Boasberg was actually a rip-off of the 1923 W. C. Fields stage vehicle Poppy (in which Woolsey had played a featured role). The bespectacled, cigar-chomping comedian is cast as Dr. J. Dockweiler Droop, a crooked-yet-lovable sideshow medicine man. Rescuing a two-year old urchin named Rosie from her harridan of a mother, Doc Droop raises the girl as his own. By the time she reaches maturity, the lovely Rosie (played as an adult by Anita Louise) is every bit the sharpster that her "father" is. When Rosie falls in love with wealthy Billy Lowe (John Darrow), Doc tries his best to make a good impression at a party given by Billy's mother, only to end up in the calaboose when he's accused of theft. Realizing that he's a millstone around Rosie's neck, Doc quietly shuffles out of her life, but not before smoothing the romantic path for the hero and heroine. Funny though he was in the Wheeler and Woolsey comedies, Bob Woolsey simply wasn't a strong enough performer to carry a picture by himself -- though in all fairness, it should be noted that Bert Wheeler fared almost as badly in his solo RKO effort, Too Many Cooks. ~ Hal Erickson, Rovi

Clifford Dempsey
as Sheriff
View All

There are no critic reviews yet for Everything's Rosie. Keep checking Rotten Tomatoes for updates!

There are no featured reviews for Everything's Rosie at this time.