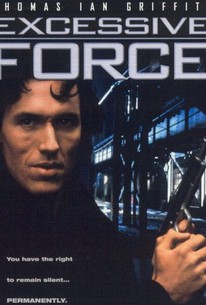 Martial arts hero Thomas Ian Griffith wrote, produced, and starred in this action thriller. Terry McCain (Griffith) is a Chicago police officer who is bent on revenge after his partners are killed by Mafia gunmen. McCain knows that he won't be able to get the justice he demands within the system, so he persuades his boss, Devlin (Lance Henriksen), to keep him off the list of suspects after he kills mob kingpin Sal DiMarco (Burt Young). McCain changes his mind about killing the crime boss, but someone else with a grudge guns down DiMarco instead; however, when he tries to meet with Devlin to explain what's happened, he's met by a squad of killers. McCain learns that his partner Frankie (Tony Todd) is actually still alive and was in cahoots with Devlin to steal $3 million in drug money away from DiMarco, a deal scotched by McCain's desire for revenge. The supporting cast includes James Earl Jones and Charlotte Lewis.

Succeeding only in living up to the brutal expectations of its title by delivering the goods.

The movie that failed to turn Griffith into the next big action star.

Good cast and an unexpected, eleventh-hour snap of the tail enliven this otherwise standard kill-or-be-killed actionfest. Plenty of kicks and licks and enough intelligent plotting to furrow a few brows.