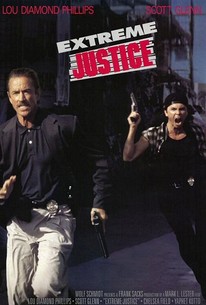 A violent maverick Los Angeles Cop is dubiously rewarded for his off-beat methods by being assigned to the highly secret Special Investigations section where he joins a crack undercover team that specializes in capturing the city's most dangerous crooks. Lots of brutality, bloodshed and mayhem ensues. Originally slated for theaters, the film was released on cable because it's violence was considered too incendiary in lieu of the recent Rodney King trial results.