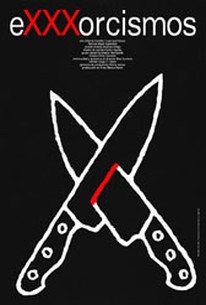 Jaime Humberto Hermosillo's supernatural drama eXXXorcisms stars Alberto Estrella as a night watchman. Roberto (Estrella) is hired to guard a mall that is supposedly haunted by the ghost of a young homosexual who killed himself after a disastrous relationship. Roberto was the other person in that relationship, and he spends the night facing his past. EXXXorcisms was screened at the Toronto Film Festival. ~ Perry Seibert, Rovi

Estrella's bravura performance and Hermosillo's brilliant use of the digital medium help turn this theatrical exercise into a full-fledged cinematic psychodrama.

There are no featured reviews for eXXXorcismos at this time.