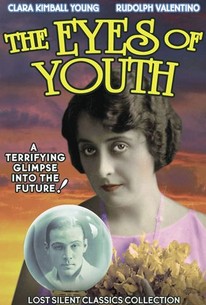 Clara Kimball Young stars in this mystical tour de force. She plays a woman who goes to an Oriental fortune teller in an effort to decide the path in life she should take. The seer shows her the outcome of three of the four choices she has: duty, wealth and fame. In the end she chooses love, the only road she hasn't seen. Rudolph Valentino, who was only known as a Latin dancer at the time, has a small role. It is easy to see why Young made this movie (she was also the producer) -- it was the perfect opportunity to play, basically, four different characters in one scenario. This story had a lot of appeal to other famous actresses in addition to Clara Kimball Young. Marjorie Rambeau was a sensation when she played the lead role on stage. In 1927 Gloria Swanson remade it as Love of Sunya. Not only was it Swanson's first attempt at producing, she also had Albert Parker direct it -- he was the one who directed the Clara Kimball Young version.

Sam Sothern
as Her Father

Vincent Serrano
as The Yogi

Critic Reviews for Eyes of Youth

There are no critic reviews yet for Eyes of Youth. Keep checking Rotten Tomatoes for updates!

There are no featured reviews for Eyes of Youth at this time.