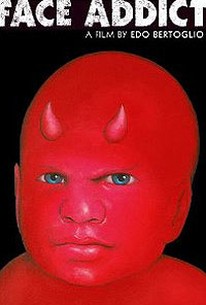 Critics Consensus: Self absorbed piece of Warhol/New York art scene cine-marginalia, which probably should have stayed exactly that, seeing as no-one seems to remember a great deal about the time anyway.

Critics Consensus: Self absorbed piece of Warhol/New York art scene cine-marginalia, which probably should have stayed exactly that, seeing as no-one seems to remember a great deal about the time anyway.

Critic Consensus: Self absorbed piece of Warhol/New York art scene cine-marginalia, which probably should have stayed exactly that, seeing as no-one seems to remember a great deal about the time anyway.

Inevitably recalling his earlier effort, the long-incomplete Downtown 81 (which was eventually finished and issued in 2001), Edo Bertoglio returns to the same subject with this documentary effort. The film, like its predecessor, leads viewers on a tour of the New York avant-garde scene of the late 1970s and early 1980s. Using archival footage and interviews with such individuals as Deborah Harry, Glenn O'Brien and Victor Bockris, Bertoglio conjures up a re-evocation of the said time and place, and draws on the vivid, colorful and anecdotal recollections of his participants - thus revealing how collective experiences helped shape and define a particular environment and atmosphere in a Manhattan that no longer exists. ~ Nathan Southern, Rovi

Audiences already interested in the period will enjoy Face Addict best, but Bertoglio makes it surprisingly inclusive and accessible.

It's narrated with ear-tearing pretentiousness by snapper Edo Bertoglio, primarily as an attempt to get over his past - he should have concentrated on getting over himself.

Contemporary footage of various pseuds, wannabe artists and hangers-on fails to establish what made any of them interesting in the first place, and if you don't revere the cult of Warhol, the entire project looks quite pointless.

I start to think there should be a charity called Amnesia International, which compels forgetfulness in former hangers-out with Andy Warhol.

The film is flatly shot, as though to illustrate the dimensional difference between stills photography and cinematography.

Another week, another snippet of Warhol cine-marginalia.

This documentary about the Big Apple's artistic community in the Seventies and Eighties makes the Black Hole Of Calcutta seem more enticing.

But some are capable of articulacy and Bertoglio provides the odd ghostly image: primarily, middle-aged fashionista Wendy Whitelaw, who sprays her suburban lawn in regulation Factory chic. The happy ending is welcome, too.

What should be an intriguing look back at an exciting period in New York's cultural history becomes a scrappy, self-involved, and not-that-informative documentary.

Drugs and Aids have wiped most of these memories away. But the film is at a loss what to do about it.

Regrettably, the film's intended air of melancholy is all but annulled by Bertoglio's wan, haughty and utterly pretentious narration about how wonderful New York was at that time.

There are no featured reviews for Face Addict at this time.