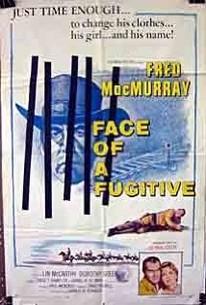 Face of a Fugitive Photos

In this western, a fugitive bank robber is framed for the killing of a deputy. In reality the assistant was killed by the thief's brother. While on the lam, the outlaw hides in a nearby town where he soon falls for the sheriff's sister and befriends the sheriff because he reminds the robber of his brother. The sheriff also works as the town lawyer; he begins defending the robber. Unfortunately for the outlaw, justice prevails.

Critic Reviews for Face of a Fugitive

A script that plays tropes explored in previous productions of the genre, and it can never be affirmed that surprise is its guiding star. [Full Review in Spanish]

Though Fred MacMurray gives a good performance, he's too old for the part.

There are no featured reviews for Face of a Fugitive at this time.

Face of a Fugitive Quotes