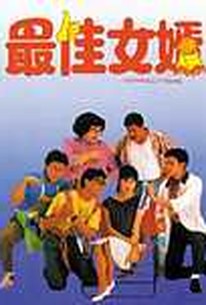 Hong Kong filmmaker Wong Wah-kei directed this minor comedy which draws upon plot elements from the Three Men and a Baby series for much of its humor. Jacky Cheung top lines as Happy Chan, who opens a fashionable hair salon next door to a more traditional barber shop, resulting in some not-so-friendly competition with its owner (Richard Ng). The barber has a beautiful daughter named Ying (Sharla Cheung), and one night, Happy and two of his male friends -- Ho-yan (Max Mok) and Puddin (Stephen Chiau) -- go to her house for an evening of drinking. They all pass out, and when Ying turns up pregnant, no one is quite sure whom the baby's father might be. Whomever it is will not only have a great responsibility, but will also have to shell out half a million dollars to Ying's angry and potentially violent parents. Lydia Shum co-stars with Yip Wing-cho and Liu Kai-chi.

Sharla Cheung
as Ying
View All

Critic Reviews for Faithfully Yours

There are no critic reviews yet for Faithfully Yours. Keep checking Rotten Tomatoes for updates!

There are no featured reviews for Faithfully Yours at this time.