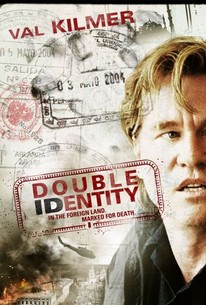 An American physician must attempts to elude violent mobsters and the British Secret Service after being mistaken for a secret agent while working in Bulgaria. A benevolent physician working for Doctors Beyond Borders, Dr. Nicholas Pinter (Val Kilmer) caring for patients in war-torn Bulgaria when a gang of diamond smugglers misidentify him as a government operative. Pursued by a pair of trigger-happy gangsters, Dr. Pinter escapes certain death with a little help from an elusive beauty named Katherine (Izabella Miko) and the British Secret Service. But his adventure is far from over, because the harder Dr. Pinter works to prove his innocence, the more convinced his enemies become that he's the man they've been searching for.

Valentine Pelka
as Murdoch
View All

There are no critic reviews yet for Fake Identity. Keep checking Rotten Tomatoes for updates!

Kilmer plays an American doctor working in Chechnya who becomes mistaken for a secret agent/diamond dealer by the Russian mob. Izabella Miko is the beautiful femme fatale, working both for a British group seeking to control a diamond cartel, and the Bulgarian/Czech people who also want control of the same. The girl bumps into Kilmer, while running from being captured; kiss to shake off her dangerous assailants and that begins a love affair/ crime thriller. Nice pace and the plot twists and turns keep us guessing about each of the characters throughout the film.