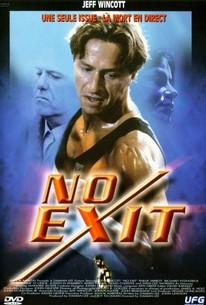 In this martial arts film, the quiet, peaceful life of a college professor changes dramatically after young thugs stab his pregnant wife and she loses their baby. Later a villainous promoter of extreme fighting (a sporting event in which a bout ends only with the death of an opponent) illegally broadcasts these fights. He kidnaps the professor and gives him a choice, either fight to the death or see his wife, who is still alive, murdered.

David Fraser
as Dave
View All

There are no critic reviews yet for Fatal Combat. Keep checking Rotten Tomatoes for updates!

There are no featured reviews for Fatal Combat at this time.