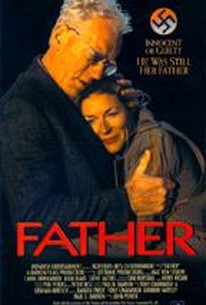 In this drama, a daughter defends her aging father against scandalous accusations. Joseph Mueller (Max Von Sydow) was born in Germany but emigrated to Australia shortly after the end of World War II. Joseph is happily spending the autumn of his years doting on his two grandchildren and giving friendly business advice to his daughter Anne Winton (Carol Drinkwater) and son-in-law Bobby (Steven Jacobs), who have inherited the hotel that Mueller founded. One morning, as Joseph walks his grandchildren to school, he discovers that a camera crew is following him from a distance, led by reporter Leah Zetnick (Julia Blake). A few days later, Leah broadcasts a report alleging that Joseph is in fact Franz Kessler, a former member of Hitler's S.S. and a war criminal responsible for the death of Leah's parents, among many others. Suddenly besieged by the media, Anne and Joseph go into hiding after authorities issue an indictment against him. Joseph eventually steps forward to stand trial, defended by attorney George Coleman (Tom Robertson). After George calls Leah's credibility into serious question in court, Joseph is cleared of all charges, and a seriously distraught Leah commits suicide in front of Joseph and Anne. But Joseph's casual reaction to Leah's shocking act makes Anne wonder if Bobby's suspicions about her father's past might have a basis in fact. Max Von Sydow and Julia Blake both won Australian Film Institute awards for their performences. ~ Mark Deming, Rovi

John Bishop (I)
View All

There are no critic reviews yet for Father. Keep checking Rotten Tomatoes for updates!

There are no featured reviews for Father at this time.