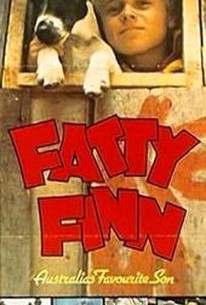 Although it is sometimes billed as an animated feature, this children's story is an entirely live-action film, filled with wacky and silly-looking adults for the amusement of the youngsters. It is, however, based on Fatty Finn, a cartoon-strip character popular in 1930s Australia. Set in the earlier part of the century, the story concerns Fatty, a freckled youngster living in a pleasant suburb who feels the need to cut up a bit just to prove himself, and though he ruffles a lot of feathers, the fact that he is basically a good kid eventually settles them down again. The funny-looking paterfamilias, John Finn, is played by the beloved Australian national treasure Bert Newton. ~ Clarke Fountain, Rovi

John Smythe
as Pawnbroker
View All

There are no critic reviews yet for Fatty Finn. Keep checking Rotten Tomatoes for updates!