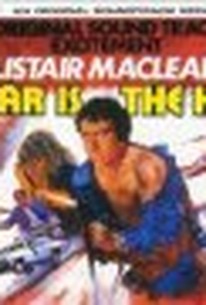 Fear Is the Key Photos

In this thriller based on a novel by Alistair MacLean, Barry Newman plays John Talbot, an underwater salvage expert who witnesses the murder of his wife and child. After working with the police, Talbot hatches his own scheme to bring the killers to justice; posing as a criminal, he stages the phony murder of a police officer and kidnaps Sarah Ruthven (Suzy Kendall), the heiress to a petroleum fortune. Talbot's false daring attracts the attention of a criminal mastermind who wants to recover the valuables aboard a plane that recently crash-landed in the water; however, Talbot knows that the same man was responsible for his family's death, and he intends to see that he never returns from their exploratory search of the wrecked plane. Watch for Ben Kingsley in a small role, it was his first film, prior to Gandhi in 1982. ~ Mark Deming, Rovi

Critic Reviews for Fear Is the Key

There are no critic reviews yet for Fear Is the Key. Keep checking Rotten Tomatoes for updates!

Audience Reviews for Fear Is the Key

There are no featured audience reviews yet. Click the link below to see what others say about Fear Is the Key!

Fear Is the Key Quotes