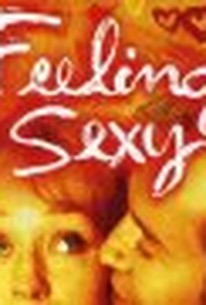 Australian newcomer Davida Allen's film is a sharp, funny look at a woman's attempts to balance her passions with her responsibilities. All Vicki (Susie Porter) wants is passionate, romantic sex. Unfortunately, she finds herself married to a self-absorbed doctor who is rarely home and saddled with two screaming babies. She is not feeling sexy. At first she resorts to Walter Mitty-like fantasies about big muscular men. But when she takes a part-time job as a painting instructor and catches the eye of a sultry bohemian type, she risks losing her husband and her family. Later she manages to fuse her fantasies with her artistic urges in a manner both funny and touching for the man she loves. This film was screened at the 1999 Toronto Film Festival. ~ Jonathan Crow, Rovi

Jack Thompson
as Shopkeeper
View All

There are no critic reviews yet for Feeling Sexy. Keep checking Rotten Tomatoes for updates!

There are no featured reviews for Feeling Sexy at this time.