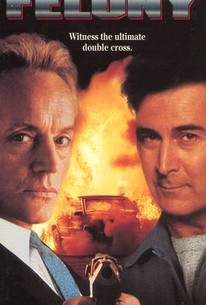 An eccentric police detective takes the case after a group of CIA agents go nuts and slaughter a dozen New Orleans cops during a drug bust. Somehow, a television cameraman managed to catch the murders on film while taping a reality show about cops. Since then, the photo-journalist has been on the run with his damning tape. Will the detective find him before he is killed by the rogue agents?

Dave Scott
as The Transient
View All

There are no featured audience reviews yet. Click the link below to see what others say about Felony!