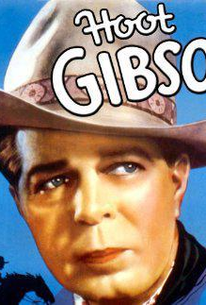 Neither the best nor worst of Hoot Gibson's westerns for producer Walter Futter, Feud of the West lies somewhere in between. The old Hooter plays a rodeo performer named Whitey, performing some remarkable riding and roping stunts before the plot proper gets under way. Said plot concerns a reclusive hermit named Wild Horse Henderson (Nelson McDowell), a heroine named Molly (Joan Barclay) whose parentage is in doubt, and, of course, the titular feud between ranchers and rustlers. The "mystery" villain of the piece is better hidden than usual, managing to fool even a few veteran whodunit buffs. As always, Hoot Gibson seldom resorts to gunplay when he can solve problems with a quick quip or quicker fists.

Roger Williams
as Rockin U hand Johnnie
View All

Critic Reviews for Feud of the West

There are no critic reviews yet for Feud of the West. Keep checking Rotten Tomatoes for updates!

There are no featured reviews for Feud of the West at this time.

Feud of the West Quotes