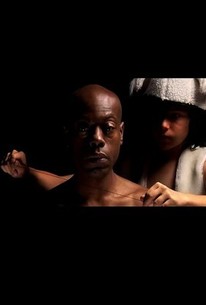 The true stories of two real-life AIDS activists are interwoven with an impressionistic fiction about their struggles in this film from director John Greyson. Tim McCaskell was an educator and activist based in Toronto who specialized in teaching youngsters about the dangers of racism and homophobia, and as a founder of the group AIDS Action Now he was on the leading edge of the movement to make new and potentially life-saving drugs available to AIDS patients as quickly as possible. And in South Africa, Zackie Achmat was another AIDS activist who had been diagnosed as HIV Positive and was being treated with experimental medication. Achmat was one of only a handful of South African AIDS patients who was given the opportunity to try the new drugs, and to call attention to what he saw as an injustice, he took the bold step of refusing his medicine as a protest, a gesture that drew nationwide attention to his work but also hastened the progress of the virus. Fig Trees intercuts reenactments of incidents from the lives of Tim McCaskell (David Wall) and Zackie Achmat (Van Abrahams) with a fantasy in which Gertrude Stein (Deborah Overes) begins writing an opera about the activists in the style of her 1934 work Four Saints In Three Acts. Fig Trees was an official selection at the 2009 Berlin International Film Festival. ~ Mark Deming, Rovi

There are no critic reviews yet for Fig Trees. Keep checking Rotten Tomatoes for updates!

There are no featured reviews for Fig Trees at this time.