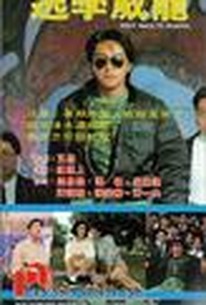 Stephen Chow's prodigious skills with guns and martial arts take center stage once again in this successful action film from Hong Kong filmmaker Gordon Chan. Chow stars as Star Chow, a cop who plays by his own rules, often endangering the other members of his team as well as the success of their missions. When a practice drill goes awry, Star is punished by the commissioner (Barry Wong) by being reassigned as an undercover agent at the local high school, his task being to locate the student who stole the commissioner's favorite gun. Naturally, there's a beautiful guidance counselor (Sharla Cheung) to provide some romantic interest, and -- just as naturally -- things take a downward turn when she discovers Star's true identity. In the meantime, Star locates the commissioner's gun, as well as a cache of stolen arms belonging to a triad gangster. The entire situation comes to a head during the school's open house, with a specially constructed maze serving as the backdrop for the final gun battle. Filled with action and humor, the film's success led to a pair of even more entertaining sequels. Ng Man-tat co-stars with Roy Cheung, Gabriel Wong, and Paul Chun. ~ Robert Firsching, Rovi

Barry Wong
as The Commissioner

There are no critic reviews yet for Tao xue wei long (Fight Back to School). Keep checking Rotten Tomatoes for updates!

One of Stephen Chow's best.