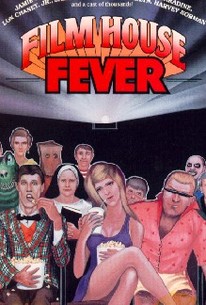 This compilation tape is a collection of clips and trailers from low-budget, cult-type movies. The "framing" device of having two guys on a couch (one of whom is future cult-icon Steve Buscemi) watching TV and making cracks about the movies is fairly lame, and many of the films showcased have been included in other compilation tapes. However, there are clips and trailers from some rarely seen gems, such as Al Adamson's sleazo western Five Bloody Graves, Herschell Gordon Lewis' Living Venus (featuring an early appearance by Harvey Korman), and Doris Wishman's "masterpiece," Bad Girls Do Cry.

There are no critic reviews yet for Film House Fever. Keep checking Rotten Tomatoes for updates!

There are no featured reviews for Film House Fever at this time.