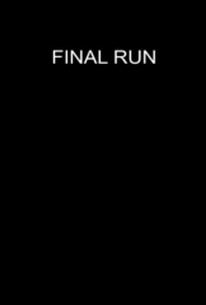 "1000 Tons of Steel! 200 Lives at Stake! 100 Miles per Hour! One Man to Stop it!" That's the situation as set up by the ad campaign for the thrill-packed TV movie Final Run. The action takes place on board the Grand Royale, a luxury train controlled by a supercomputer created by a shady electronics firm called American Rail. Inevitably, human error causes the computer to suffer a glitch -- and as a result, the Grand Royle speeds precariously out of control. It is up to hero Glen "Lucky" Singer (Robert Urich) to stop the train and rescue the human cargo of TV-movie stereotypes. Curiously, the original TV Guide listings for this film failed to provide a synopsis, perhaps assuming that the title spoke for itself. Final Run premiered October 10, 1999, on CBS.

Jason Schombing
as Fitch
View All

There are no critic reviews yet for Final Run. Keep checking Rotten Tomatoes for updates!

There are no featured reviews for Final Run at this time.