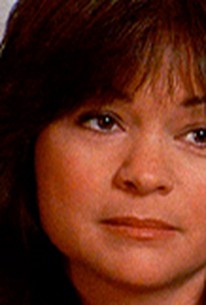 First telecast by CBS on November 30, 2003, the made-for-TV Finding John Christmas is a sequel to the previous year's A Town Without Christmas, with Peter Falk reprising his role as versatile guardian angel Max. Valerie Bertinelli plays Kathleen McAllister, a divorced small-town nurse whose depression over the fact that the hospital ER she maintains may be forced to shut down because of a $100,000 debt is briefly lifted when she spots a newspaper picture taken by photojournalist Noah Greeley (David Cubitt). The picture shows an act of bravery performed by Noah's firefighter brother Hank (William Russ), who mysteriously left town 25 years ago and hasn't been seen since. Hank would like to quietly slip back into town without explanation or fanfare, but this proves impossible when Noah's newspaper posts a $50,000 reward to identify Hank, known only to the public as "John Christmas." And there's something, very, very curious about that photo: It also shows a Santa Claus suit seemingly floating in midair without an occupant. That elusive "Santa" is of course the angelic Max, who pops up now and again throughout the story in a variety of guises to solve problems, dispense advice, tie up loose plot strands--and even share a musical duet with Kathleen's talented daughter Socorro (Jennifer Pisana).

There are no critic reviews yet for Finding John Christmas. Keep checking Rotten Tomatoes for updates!

There are no featured audience reviews yet. Click the link below to see what others say about Finding John Christmas!