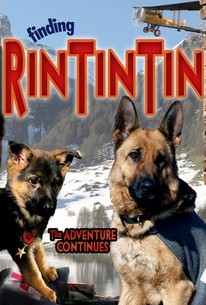 Like Lassie, another famous Hollywood pooch with a long shelf life, Rin Tin Tin was actually portrayed by numerous onscreen canines over the decades, but unlike Lassie or Benji, the first Rin Tin Tin actually experienced fantastic offscreen adventures to rival anything in the movies, before graduating to silver screen stardom. As directed by Danny Lerner, this fact-based drama recreates those events onscreen. The tale begins with Lee Duncan, a France-stationed World War I corporal who rescues a German Shepherd mother and her three puppies from a bombed-out European dog kennel. He gives the mother and two of the pups away to different owners, but keeps the third puppy (his favorite) for himself, and names the spunky canine Rin Tin Tin, after a toy that French children commonly gave to soldiers around the turn of the century. The general of the base expressly forbids Lee from keeping a high-strung dog on the premises, but Lee finds a solution by befriending one of the POWs - German dog trainer Nikolaus Egger, who agrees to train the animal despite initial resistance. Egger teaches Rin Tin Tin such amazing feats as rescuing wounded soldiers from the battlefield; later, the dog accompanies Lee back to the states and graduates to movie stardom in 14 features from 1920-31.

Velizar Binev
as Henri the Merchant

There are no featured reviews for Finding Rin Tin Tin at this time.