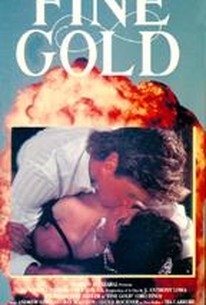 Fine Gold was originally made for cable television, where it first aired July 15, 1990. Ted Wass stars as a man falsely accused of embezzlement. In the months that follow, he loses his job, his family, and most of his reason for living. The second half of the film concerns itself with revenge and an abundance of surprise plot twists. Jane Badler co-stars in this torrid melodrama.

There are no critic reviews yet for Fine Gold. Keep checking Rotten Tomatoes for updates!

There are no featured reviews for Fine Gold at this time.