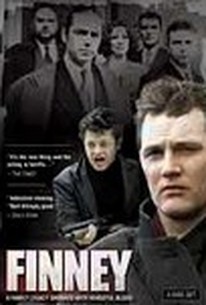 A jazz musician who once turned his back on the family business finds that cutting one's ties to the past may not be as simple as walking away in this U.K.crime drama starring David Morrissey and Andy Serkis. Stephen Finne (Morrissey) comes from a long line of career criminals, but despite the fact that violence runs in his blood, all Stephen ever wanted was to open his own jazz club. Years after Stephen thought he had escaped this sordid underworld, he receives news that his father has been murdered. Now, as his sister screams for vengeance and his psychotic brother (Serkis) targets a rival gang boss, Stephen realizes that his fate has been sealed for generations. ~ Jason Buchanan, Rovi

There are no critic reviews yet for Finney. Keep checking Rotten Tomatoes for updates!

There are no featured reviews for Finney at this time.