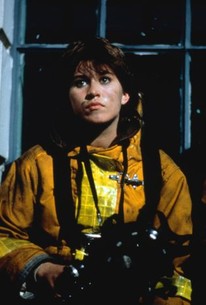 Also released as The Greater Alarm, the made-for-TV Firefighter is based on a true story. Nancy McKeon (who also co-produced), plays Cindy Fralick, the first female member of the Los Angeles Fire Department. The plotline details the prejudice and chauvinism lurking at every turn during Fralick's training period. She perseveres, however, and is soon accepted as "one of the guys." Filmed in British Columbia, Firefighter debuted September 23, 1986.

There are no critic reviews yet for Firefighter (The Greater Alarm). Keep checking Rotten Tomatoes for updates!

There are no featured reviews for Firefighter (The Greater Alarm) at this time.