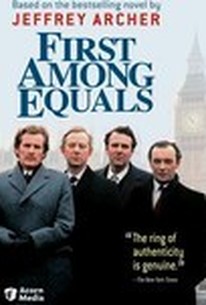 Adapted from the best-selling novel by British author and former politician Jeffrey Archer, the ten-part television series First Among Equals spans twenty years in the lives of four members of Parliament who are each intent on becoming Prime Minster. As the years pass and the rivalries intensify, the viewer gets a tantalizing glimpse into the wood paneled clubs and well-appointed drawing rooms where careers are made and broken in a series of highly clandestine back-room deals. James Faulkner, Tom Wilkinson, Jeremy Child, and David Robb star. ~ Jason Buchanan, Rovi

Critic Reviews for First Among Equals

There are no featured reviews for First Among Equals at this time.