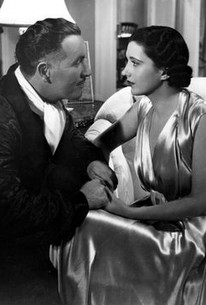 Based on the 1935 Broadway play by George S. Kaufman and Katharine Dayton, First Lady is not, as might be assumed, the story of the first woman president. The central character, played by Kay Francis, is the granddaughter of a president (though clearly inspired by Teddy Roosevelt's daughter Alice). Ms. Francis is married to Secretary of State Preston S. Foster, whom she hopes to propel into the White House. Her principal rival is the wife (Veree Teasdale) of a mildly corrupt supreme court justice (Walter Connolly). The rival is planning to divorce her husband and promote her own, younger presidential aspirant (Victor Jory). Kay retaliates by mounting a mock campaign for the befuddled justice--which snowballs into the real thing.

Wedgewood Nowell
as Man
View All

It's an amusing comedy, but Miss Francis acts as though she really believed it.

There are no featured reviews for First Lady at this time.