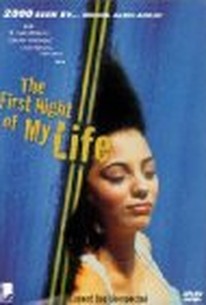 This Spanish-French co-production is another in Haut & Court's series of French features interlinked with an "end of the Millennium" theme. On New Year's Eve 1999, social worker Manuel (Juanjo Martinez) and his pregnant wife Paloma (Leonor Watling) leave for a party without knowing that Paloma's father (Emilio Gutierrez Caba) is coming over to give them a ride. His car is stolen by slow-witted Litri (Roberto Hernandez) and his pal Johny (Carlos Fuentes), who intends to use the vehicle to impress his girlfriend Jasmina (Mariola Fuentes). However, Jasmina, waiting at a phone booth, meets Paloma's dad, so Johny gets an unexpected surprise when he pulls up in the car. Elsewhere, two female workers at an all-night gas station have romantic fantasies about their customers. Shot on locations in Madrid, the Lucio Godoy soundtrack score features French-style accordion music. Shown at the 1998 Malaga Film Festival. ~ Bhob Stewart, Rovi

There are no critic reviews yet for La primera noche de mi vida (My First Night)(The First Night of My Life). Keep checking Rotten Tomatoes for updates!

Very good. Another of the infamous interchanging of characters from different lives due to circumstances thingamagiggys. It works here though. Terrific ensemble cast.