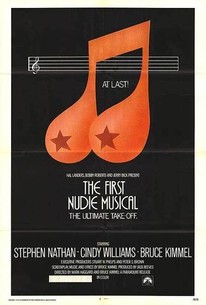 Kathryn Kimmel
as The Hand
View All

I will never understand the cult status of this film.

How could this be a cult classic? At the brink of bankruptcy, the production company must produce a pornographic musical to save the day. Filled with outrageous numbers and cheeky nudity. The First Nudie Musical is a flimsy comedy even laugh tracks won't save it.

I just love movies about making movies! This one is very 70s, it's very funny, and the songs are funny too. I liked it.

Not near as dirty as one would think of a movie with wall to wall nudity all the way through it. In fact, it has kind of a childlike, endearing and naive sense of comedy throughout it. I really liked this and Kimmel's Spaceship, finding them both very funny and Kimmel to also be a very funny performer. It's a shame that he seemed to give up on comedy shortly after this.