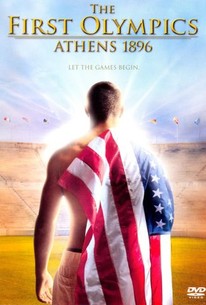 This two-part TV drama begins in 1894, when Baron Pierre de Courbetin announces his intention to stage the first Olympic games of the Modern Era within two years. The baron heads to the U.S. to recruit an athletic team. The thirteen chosen Americans have a pretty bumpy time of it.

There are no critic reviews yet for The First Olympics: Athens 1896. Keep checking Rotten Tomatoes for updates!

Some interesting facts are contained in this TV version of the formulation of the staging of the first modern Olympics. A little over earnest but if you like the games than this should be a enjoyable companion piece.