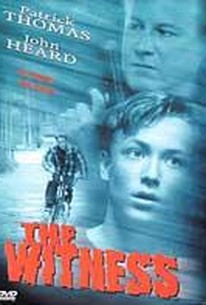 Bank cashier James Thorne (Joseph Smiley, who also directed) steals money from his job and throws the blame onto bookkeeper Fred Carlisle. Carlisle finds out Thorne is the guilty one and goes to confront him. Thorne shoots him dead and makes it look like suicide. The only witness to the crime is Thorne's seven-year-old son Carl, and to make sure he keeps quiet, his grandmother takes him to Europe where he is raised in a monastery. As a young man he returns home to the States where he reacquaints himself with his childhood playmate Elsie, Fred Carlisle's daughter (Lillie Leslie). They begin a romance, but she is given a note left by her dead mother, instructing her to clear the guilt surrounding her father. Elsie, wanting to devote her time to that, breaks off the relationship, although she does go to work for Carl's father. She begins to discover the truth about James Thorne, and to keep her quiet, he plots to abduct her. But Carl thwarts his plan and reveals that he witnessed Carlisle's murder. Thorne kills himself and Carl and Elsie are reunited.

Critic Reviews for Fish Out of Water

There are no critic reviews yet for Fish Out of Water. Keep checking Rotten Tomatoes for updates!

Audience Reviews for Fish Out of Water

There are no featured audience reviews yet. Click the link below to see what others say about Fish Out of Water!

Fish Out of Water Quotes