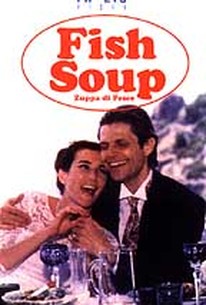 Isabella is the much-loved child of a movie producer, growing up in the 1950s. Key moments in her life are seen as she returns each summer to her family's vacation home on the seaside in Tuscany. The argumentative family has its ups and downs, some of them as a result of successes or reverses in the father's moviemaking career. Practically the only member of the family who doesn't fuss and quarrel all the time is Isabella's mother, her father's second wife. All her siblings are the children of the first wife. Isabella has a "toy" that any movie buff would love to play with: a movieola, a machine usually reserved for film editors who can view the film or films they are working on at their own pace, stopping or reversing the action and running it at any speed. The films she plays on hers indicate what stage she is at in her life, as she grows from an insecure girl to a confident woman. This family drama and coming-of-age story is based on the recollections of filmmaker Fiorella Infascelli, who grew up in the household of her producer father Carlo Infascelli. ~ Clarke Fountain, Rovi

There are no critic reviews yet for Fish Soup. Keep checking Rotten Tomatoes for updates!

There are no featured reviews for Fish Soup at this time.