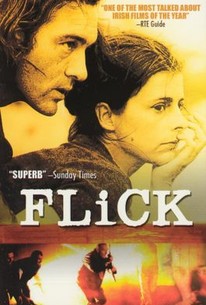 A drug peddler discovers the bigger he tries to get, the further he has to fall in this independent drama from Ireland. Jack Flinter (David Murray) is a small-time drug dealer known to his friends as "Flick"; he wants to move on to bigger things, and with the help of his friend Des (David Wilmot), Jack smuggles ten kilos of hashish from Morocco into Dublin. While Jack and Des are excited about their big score, they also know they don't have the means to move that much hash by themselves, and are looking for an associate to help them unload the dope. Des suggests that they join forces with Gerry (Aaron Harris) and Pop (Alan Devlin), two major-league dealers in Dublin, but Jack is afraid their involvement will attract the attention of the police and cause more problems. Jack also finds he's on the outs with his girlfriend Alice (Catherine Punch), who is tired of dealing with his life on the wrong side of the law; Jack meets and begins courting Isabelle (Isabelle Menke), a girl he meets at a dance club, but as his big drug deal starts to go sour, Jack finds his life in danger and circumstances spiraling out of control. Flick had its North American premiere at the 2000 American Film Institute Film Festival.

There are no critic reviews yet for Flick. Keep checking Rotten Tomatoes for updates!

There are no featured reviews for Flick at this time.