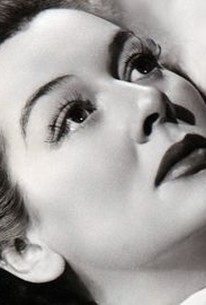 Flight for Freedom was an "a clef" version of the Amelia Earhart story. Rosalind Russell plays the Earhart-like aviatrix Tonie Carter, who spends the early part of the film fighting against the aviation industry's prejudice against woman pilots. Tonie establishes a reputation as "the Lady Lindbergh", setting flight records on a near-weekly basis. Along the way, she falls in love with an agreeable flying ace (Fred MacMurray), much to the dismay of her conservative flight instructor (Herbert Marshall). The film's ending expands on speculation regarding Amelia Earhart's disappearance during a 1937 flight; Tonie Carter flies off on a secret mission to aid the Pacific war effort, then vanishes before completing her task. Flight for Freedom was produced for RKO by Floyd Odlum, whose wife Jacqueline Cochran was herself a renowned aviatrix. ~ Hal Erickson, Rovi

Ann Summers
as Woman at Airport

William Forrest
as Vice-Consul
View All

Critic Reviews for Flight for Freedom

The role is custom made [for Rosalind Russell]. [Full review in Spanish]

There are no featured reviews for Flight for Freedom at this time.