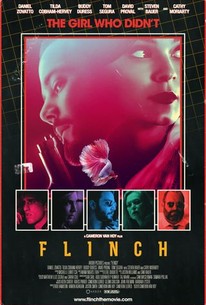 Joe Doyle (Daniel Zovatto) is a young hitman, like his father before him, who lives with his mother Gloria (Academy Award nominee Cathy Moriarty). By day he follows his victims, getting to know their every move, by night he watches old movies and browses social media. While chasing his new target, city council member Ed Terzian (Tom Segura), Doyle falls for the councilman's assistant Mia (Tilda Cobham-Hervey). When she accidentally witnesses the murder of her boss, Doyle becomes conflicted about what he should do with her -- so he takes her back to his house until he can figure things out. Concerned only for her son's life, Gloria wants Mia dead, while Doyle's employer, Lee (David Proval), and his son, James (Buddy Duress), pressure Doyle about the missing girl. Doyle comes to find there is more than meets the eye with Mia, making it nearly impossible for Doyle to navigate the most trying conundrum of his life: catching feelings.

Brandon Morales
as Bo
View All

Yes, this is a formula thriller... But Van Hoy finds a few wrinkles, and a pretty good cast twists those into something that's just different enough to take you aback

Let's just say Flinch, though showcasing the conventional crime thriller, is owned by the women this time around. A more offbeat window into women saving themselves, while shaking up the seemingly forever set in stone macho mob genre

... Van Hoy displays the kind of patience, spatial awareness, and narrative control of someone with more feature experience, resulting in a crime thriller with enough surprises to keep you locked in ...

'Flinch' isn't the deadshot combination of paranoid mobsters and bad-luck damsels that puts a thrilling underbelly twist on romantic narratives.

A would-be exercise in style that drowns in melodramatic excess and visual overkill.

The forced dialogue and situations give this an artificial feel that never rings true.

While the writing doesn't always support what Van Hoy has planned for the movie, the brilliance of the actors and meaningful message of love allows the film to secure itself firmly in the hearts of viewers.

There are no featured reviews for Flinch at this time.