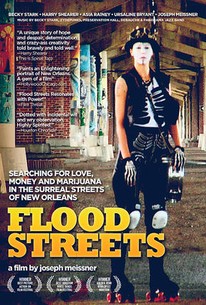 Director Joseph Meissner and writer Helem Krieger offer a vibrant glimpse at life in post-Katrina New Orleans as seen through the eyes of the people who call the city home. Matt Bergeron used to be a bohemian, but these days he's trying to launch an advertising business. His efforts are stifled, however, by the realization that advertising may not be his calling. Meanwhile, as a rift opens up between Matt and his free-spirited girlfriend, his fantasies about a voluptuous dental student offer a much-needed reprieve from his depressing reality. Meanwhile, emerging singer/songwriter Madeline Stein attempts to supplement her meager musician's income by selling real estate in the Lower 9th Ward, and develops an unlikely bond with an terminally-ill Creole squatter with a gift for growing potent marijuana. And as Madeline's lonely friend Georgia wrestles with the demands of being a single parent, her quest for love and financial security threatens to have devastating consequences for her precocious 12-year-old daughter Feliciana.

There are no critic reviews yet for Flood Streets. Keep checking Rotten Tomatoes for updates!

There are no featured audience reviews yet. Click the link below to see what others say about Flood Streets!