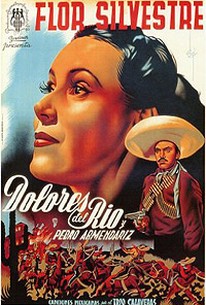 Completed before his immensely successful Maria Candelaria, Emilio Fernandez' Flor Sylvestre was released second in the US-and not until two years after its initial Mexican release. Also known as Wildflower, the film features Fernandez himself as a character named Rogellio Torres. The lion's share of the footage, however, is devoted to the romance between Esperanza (Dolores Del Rio), granddaughter of a common laborer, and Jose Luis Castro (Pedro Armendariz), the firebrand son of a landowner. Joining a revolutionary movements, Castro is disowned by his father, but Esperanza remains loyally by his side. Later on, Castro's father is killed by outlaws; in seeking vengeance, he sacrifices his own life, while Esperanza carries on his revolutionary work with their young son in tow. ~ Hal Erickson, Rovi

There are no critic reviews yet for Wild Flower (Flor silvestre). Keep checking Rotten Tomatoes for updates!

There are no featured reviews for Wild Flower (Flor silvestre) at this time.