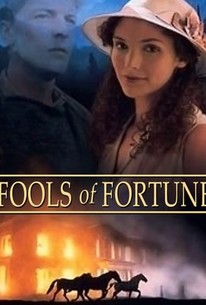 When his father and his two sisters are murdered, and his mother is driven to madness as a result of the conflict between the IRA and the British force known as the Black and Tans, Irishman Willie Quinto (Sean T. McClory) burns for revenge. Based on a novel by William Trevor, this film chronicles some of the horrors brought about by the conflict in Northern Ireland.

Critic Reviews for Fools of Fortune

There are no critic reviews yet for Fools of Fortune. Keep checking Rotten Tomatoes for updates!

Audience Reviews for Fools of Fortune

Disjointed film with beautiful locations. One of the main problems, the film has many, is that the lead actor just is not a compelling presence in a story that sorely needs one. Another is that the diffuse scattershot narrative makes it nearly impossible to empathize with the characters. However Micheal Kitchen and Julie Christie are compelling as always in their too brief times on the screen. If they had played the leads then maybe this would have been something worth remembering.