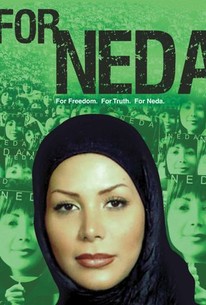 Filmmaker Anthony Thomas offers this portrait of Neda Agha Soltan, the young Iranian woman whose agonizing death was captured on camera after she was shot through the heart during a June, 2009 protest in Tehran, and broadcast around the world on the internet. In the wake of that tragedy, Neda emerged as a powerful symbol of the ongoing fight against the oppressive Iranian government. ~ Jason Buchanan, Rovi

Critic Reviews for For Neda

There are no critic reviews yet for For Neda. Keep checking Rotten Tomatoes for updates!

There are no featured reviews for For Neda at this time.