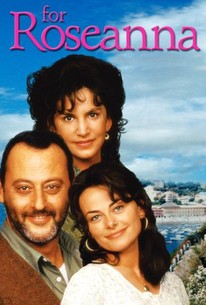 A man trying to honor the last wish of his beloved wife has to keep an entire city alive in this bittersweet romantic comedy. Marcello (Jean Reno) is the owner of a restaurant in a small village in Italy. His wife Roseanna (Mercedes Ruehl) has received some awful news: she has learned that her weak heart has gotten worse, and she has only a few weeks to live. Roseanna has given Marcello a final request: she wants to be buried next to her daughter, who died some years before. Marcello wants nothing more than to comply with her wishes, but there's a problem; the town's cemetery is quite small, and right now funeral plots are on a first-come, first-served basis. The spot next to Roseanna's daughter does happen to be open, but she'll only get it if no one else dies first. So Marcello suddenly becomes the village's watchdog of health and safety, trying to make sure no one needlessly dies, and even shuffles around a few bodies of people who do happen to pass on. Meanwhile, Roseanna is worried about both Marcello and her sister Cecilia (Polly Walker) and would like them to marry after her death so they won't have to be alone. However, Marcello and Cecilia don't always get along very well, and besides, Cecilia is in love with Antonio (Mark Frankel), whose father has prevented the town's cemetery from expanding. For Roseanna was filmed under the title Roseanna's Grave and was briefly publicized as For the Love of Roseanna. ~ Mark Deming, Rovi

Zita Perczel
as Old Woman in Court
View All

Critic Reviews for For Roseanna

The gears of the plot are occasionally visible as they turn. But it's a small, sweet film that never tries for more than it's sure of, and the actors find it such a relief to be playing such goodhearted characters that we can almost feel it.

Audience Reviews for For Roseanna

Wonderful heart warming movie about a man who wants to honour his wife's dying wish.