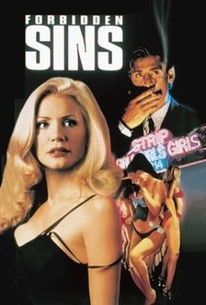 Onetime Playboy Playmate Shannon Tweed stars in this sexually tinged legal thriller. When exotic dancer Virginia Hill (Kirstine Carlstrand) is found murdered in her home, the first suspect is millionaire David Mulholland (Corbin Timbrook), who owns the strip club where she worked. He was at her house the night that she died, and by his own admission, they both enjoyed rough sex, with David often posing as an intruder who had come to rape her. John Doherty (Myles O'Brien), the detective assigned to the case, is keen on a speedy conviction, partially as a way of silencing talk about allegations of internal corruption. But Mulholland insists he's innocent and hires the best trial attorney available - Maureen Doherty (Shannon Tweed), who on top of her legal skills happens to be John's ex-wife; they did not part on amicably, and Maureen seems pleased at the prospect of making John look bad in court.

Who knew that direct-to-video soft core could be so boring.

There are no featured reviews for Forbidden Sins at this time.