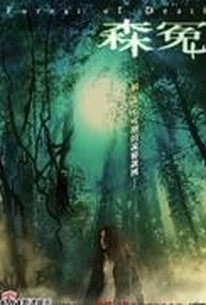 A homicide detective, a botanist with some unconventional theories, and his tabloid TV reporter girlfriend attempt to solve a gruesome murder in this high-concept thriller from The Eye and Bangkok Dangerous director Danny Pang. Botany student Steven is convinced that plants are sentient. He's recently written a doctorate paper on the theory, and spends much of his spare time attempting to prove that plants have a language all their own. Steven's girlfriend Mary works for a major television station, and thanks to a series of sensationalistic reports her career is on the upswing. When the Prime Minister's daughter is abducted, raped, and murdered, the police quickly arrest the prime suspect, a man named Eric. But is Eric really guilty of this heinous crime? In order to find out the truth, Steven conducts a series of tests in hopes that the forest itself may provide an eyewitness account of the brutal crime.

There are no critic reviews yet for Sum yuen (Forest of Death). Keep checking Rotten Tomatoes for updates!

When I see The Pang Brothers directing Qi Shu and Ekin Cheng in a supernatural thriller, I'm in. It did have its moments and I made the incredible leaps of faith throughout the story, but the end was just so incredibly disappointing, that I almost chucked the DVD at the wall. Go check out any of the Eye movies or Recycle instead.