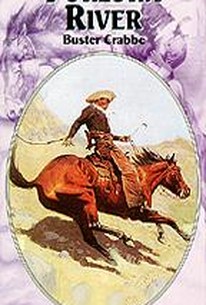 Paramount's "Zane Grey" series continued rolling onward with 1937's Forlorn River. Larry "Buster" Crabbe, a regular in the Grey films, stars as Nevada, who in the company of his sidekick Weary Pierce (Sid Saylor) searches high and low for the outlaw gang run by Les Setter (Harvey Stephens). It's quite a chore, since Setter is heaps smarter than most of the "good guys," especially ineffectual sheriff Grundy (Chester Conklin). But Nevada has an added incentive: if he brings in the villain, he's certain to win the affections of heroine Ina Blaine (June Martel). Too loosely constructed to be totally successful, Forlorn River is held together by the consistently excellent cinematography of Harry Hallenberger.

There are no critic reviews yet for Forlorn River. Keep checking Rotten Tomatoes for updates!

There are no featured reviews for Forlorn River at this time.