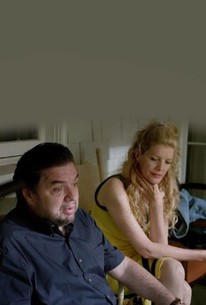 The "Frank" in the title of the documentary Frank and Cindy refers to now-forgotten musician Frank Garcia, bassist for the one-hit-wonder band Oxo -- whose 1983 single "Whirly Girl" became a national sensation that year but did little to ensure continued success. The "Cindy" of the title is Frank's wife, who married him back in the day, with the not-so-subtle expectations of fame and wealth. Almost 25 years later, those expectations are dashed: Frank is an overweight, alcoholic everyman, scarcely well known enough to qualify as a has-been. With Frank and Cindy, the couple's son, filmmaker G.J. Echternkamp, shoots a darkly comic study of the couple's day-to-day life -- replete with Cindy's constant verbal berating of her husband and Frank's decision to hole up in the basement and use coffee cans as makeshift toilets. Yet, ironically, in Echternkamp's hands, the film that began as an attempt to mock his ne'er-do-well father evolves into a surprisingly resonant picture of marital love and commitment.

Critic Reviews for Frank and Cindy

There are no critic reviews yet for Frank and Cindy. Keep checking Rotten Tomatoes for updates!

Audience Reviews for Frank and Cindy

Enjoyable doco made by a young film student about his troubled mum and ex 80's pop star step dad. I liked this slice of life very much.