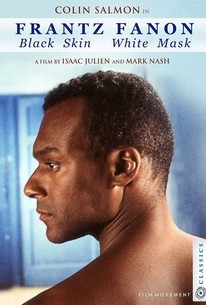 The writings of psychiatrist Frantz Fanon had tremendous impact on the European anti-colonialist movement. His books Black Skin White Mask and The Wretched of the Earth explore the effects upon colonialism on both the conquerors and the conquered. The latter book is considered by many to be the bible of anticolonialist activists. Fanon was born on the French-controlled Caribbean island of Martinique. As a French citizen, he fought with the Resistance during WWII, but his loyalty was not reciprocated and Fanon was no stranger to hatred and bigotry. After earning his degree in psychiatry, he moved to Algeria to open a clinic. It was there that he began expressing his rage against colonialist policies. This led him to join in the struggle to free Algeria from French rule. He was eventually exiled from the country and fled to Tunisia where he continued with the fight. This documentary homage tells his story in greater detail via interviews, archival footage and dramatic recreations

There are no critic reviews yet for Frantz Fanon: Black Skin White Mask. Keep checking Rotten Tomatoes for updates!

There are no featured reviews for Frantz Fanon: Black Skin White Mask at this time.