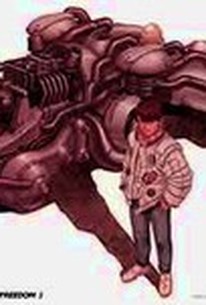 Two centuries after a sudden climate change destroys civilization on Earth, the fledgling moon colony of Eden is the new home for humanity. In 2267, an Eden boy named Takeru stumbles on a clue that may reveal Eden's true origin in this anime series. But when he isn't uncovering ancient secrets, Takeru and his pals -- cool cat Kazuma and ace mechanic Bisu -- find adventure in high-speed hovercraft races against their rival Taira. &NFbThis disc includes both the HD and DVD formats on the same side. To view the HD version, you need an HD player.&NFb_;

There are no critic reviews yet for Freedom. Keep checking Rotten Tomatoes for updates!

There are no featured reviews for Freedom at this time.