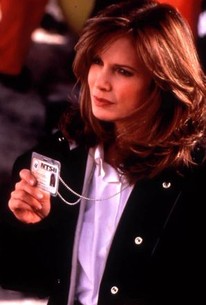 One year to the day after Trans-Regional Airline Flight 332 crashed and burned, the same airline's Flight 662 meets a similar grisly fate. Renee Brennan (Jaclyn Smith) of the National Transportation Safety Board investigates the tragedy, with the "assistance" of her FAA rival (and current boyfriend!) Mark Ettinger (Bruce Boxleitner). By and by, Renee begins receiving cryptic messages from a mysterious man who seems to know a lot about both crashes. He should: The man is the widower of the female pilot who was blamed for the Flight 332 disaster, and who, seeking revenge against those whom he feels unfairly persecuted his late wife, has caused the crash of Flight 662. And now, he has targeted Trans-Regional Flight 795 for "extermination"--and only Renee can stop him. Made for cable, Free Fall premiered January 17, 1999 on the Fox Family network.

Jennifer Vey
as Herself
View All

There are no critic reviews yet for Freefall. Keep checking Rotten Tomatoes for updates!

There are no featured reviews for Freefall at this time.