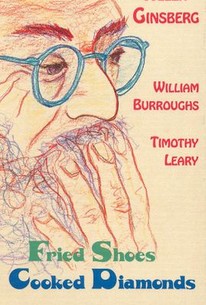 After World War II there was a group of young men -- writers primarily -- who were disillusioned by the pursuit of the American dream. These men and other artists, associated through mutual friendships, were looking for new ways and means to express themselves and their ideals. Soon their writings found an audience and the American media took notice of their bohemian lifestyles, dubbing them the Beat Generation. Members of this group included writers Jack Kerouac and William Burroughs and poet Allen Ginsberg. essentially forming the Trinity of the Beats, and influencing the works of others during that era, including the "hippie" movement of the '60s. In this 55-minute video narrated by Allen Ginsberg, members of the Beat Generation are reunited to share their works and recollections.

There are no critic reviews yet for Fried Shoes, Cooked Diamonds. Keep checking Rotten Tomatoes for updates!

There are no featured reviews for Fried Shoes, Cooked Diamonds at this time.