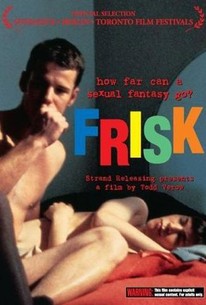 A man pursues his sexual obsessions to their darkest and most dangerous extremes in this gay-themed drama based on a novel by Dennis Cooper. Dennis (Michael Gunther) is a gay man, who as a teenager developed a perverse attraction to violent pornography and simulated snuff photographs, which he describes in great detail in a series of letters to his former lover Julian (Jaie Laplante). As Dennis grows older, his fascination with the darker side of the sexual underground grows more intense, and in time he meets Henry (Craig Chester), a masochist who posed for some of the pictures that sparked his interest in S&M. When Dennis learns that Henry was murdered, he weaves the incident into an elaborate fantasy, in which Dennis suffers a painful death in a dungeon of erotic torture. In time, Dennis graduates from violent fantasies to sadistic interludes with a male prostitute (Michael Stock) and eventually plans a series of sexually-oriented murders, concluding with an episode in which Dennis and two collaborators (Parker Posey and James Lyons) drug a young punk (Alexis Arquette) into unconsciousness. After having group sex, Dennis and his cohorts murder the punk. As one might expect, Frisk proved to be highly controversial and received a sharply divided reaction in its screening as the closing night attraction at the 1996 San Francisco International Lesbian and Gay Film Festival; some hailed it as a disturbing and iconoclastic masterpiece, while roughly half the audience angrily stormed out of the theater before the film's conclusion.

Alexis Arquette
as Punk (Victim No. 3)

Daniel Boyle
as Boy on Train

Eric Dekker
as John (Victim No. 2)

Dennis Cooper
as Man in Hall

Aiming to explore the extremities of racial and sexual fetishism in the gay world, Frisk exhibits a huge gap between its provocative intent and weak execution level.

Self-loathing has never looked so amateurish...

There are no featured audience reviews yet. Click the link below to see what others say about Frisk!